This talk explores the role of cartography in the organization and legitimation of early modern knowledge. Through the case of the seventeenth-century Swedish scholar Olof Rudbeck and his maps, the talk shows the intricate ways in which maps shaped early modern understanding of the world.
In his magnus opus, the Atlantica, Olof Rudbeck argued that Sweden was the sunken continent Atlantis. According to Rudbeck, Sweden had once been home to the Goths, Troy had been a Swedish colony and Sweden’s geography closely resembled that of Plato’s Atlantis.
Today, Rudbeck’s Atlantica has, for obvious reasons, lost much of its credibility as a scientific work, yet it continues to offer an insight into early modern ways of organizing and understanding the world. In this process, maps had a central role: Rudbeck used maps to create his argument, to present his result and he continued to make annotations and improvements to the Atlantica with the help of maps for several decades after the initial publication.
In this talk, the case of Olof Rudbeck functions as a starting point for reconsidering the role of cartography in the early modern making of knowledge. How did the medium of the map shape the argument? And, conversely, how did the argument shape the map? 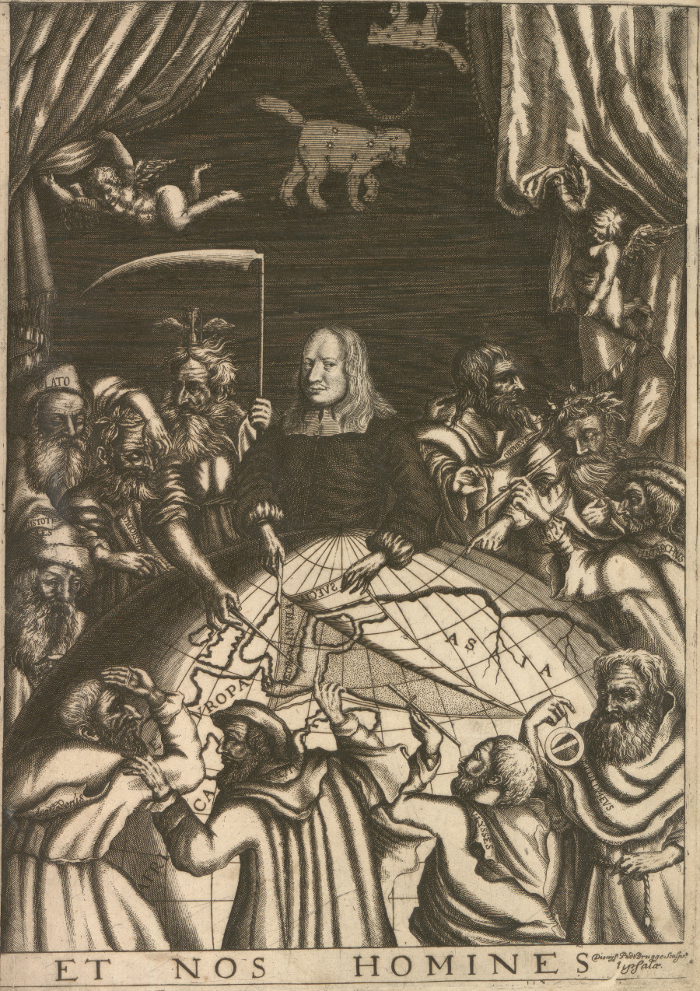